THE PREMIERE PIANIST/VOCALIST
OF CAPE MAY, NJ
&
FLORIDA'S PLATINUM COAST 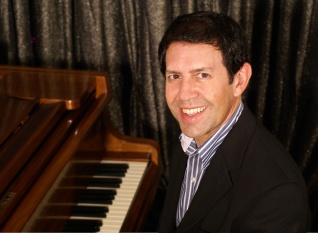 Performing since the age of five, his repertoire includes well over 1,500 songs.

This skilled and seasoned entertainer welcomes requests of your favorite songs. From soft jazz favorites, light classical, a vast array of Broadway and show tunes, the most popular standards from the 'Great American Songbook', and practically everything in between, the musical versatility of Doug Williams is unsurpassed. After first appearing in the Cape May area with legendary band "Now & Then", Doug moved his home base to Florida's Gulf Coast, soon establishing himself as the area's premier pianist/vocalist.

Doug enjoyed an engagement with the show orchestra aboard Royal Caribbean's "Majesty of the Seas". He has served as accompanist for Ms. Carol Lawrence in concert and as musical director for Bob McGrath's "Sesame Street Revue". In 2007 he was a featured entertainer during the 15-day Transatlantic crossing of NCL's Norwegian Dream.

Hailing from Somerset, Pennsylvania, he began private piano study at the age of five, and majored in voice and piano in the Bachelor of Music Performance program at Pennsylvania's West Chester University. A diverse entertainer, skilled accompanist and music coach, he is regarded as one of the finest and most versatile contemporary pianist/vocalists.

Doug has also earned recognition for his work in sacred music at various churches, and as a vocal coach and rehearsal accompanist for high school and professional musical theatre productions. He currently accepts students for piano & vocal coaching on a limited basis. A new addition to his varied presentations has been a variety of "CABARET" shows, presented in Doug's inimitable fashion.

An avid ambassador of the Great American Songbook, Doug Williams continues to entertain and delight audiences with his unique and sophisticated style.

He resides primarily in SW Florida, and during the summer and early fall season performs in historic Cape May, NJ at PETER SHIELDS INN.

The 2019 Cape May Season begins on Wednesday, June 12th and continues through Friday, September 20th, 2019.

**Doug now provides his services of

to assist in the selection & purchase of a truly good piano for your home or establishment. Contact Doug for details.

For information on availability for private parties & functions, as well as Piano & Vocal Coaching and other musical services, please contact Doug at 239-273-3150
or
via email dwilliams4720@gmail.com